Exploring the World After September 11

In the spring of 2002, Thomas L. Friedman won his third Pulitzer Prize “for his clarity of vision, based on extensive reporting, in commenting on the worldwide impact of the terrorist threat” after the attacks of September 11, 2001. This virtually unprecedented recognition by the fraternity of journalists underlines Friedman’s unique ability to interpret the world for American readers clearly, insightfully, and memorably. Twice a week, his celebrated commentary provides the most trenchant, pithy, and illuminating perspective on world affairs we have, setting the terms of debate for the thorniest, most hotly contested issues, not only in the United States, but abroad as well.

Longitudes and Attitudes is made up of the columns Friedman has published about September 11, the most momentous news story of our time, as well as a diary of his private experiences and reflections during his reporting on the post-September 11 world, as the author travels from Afghanistan to Israel to Europe to Indonesia to Saudi Arabia. He talks with the major players in the story and to men and women in bazaars, schools, and alleyways, developing and refining his unique perspective on the new kind of war America finds itself fighting. As Friedman puts it, the book is “not meant to be a comprehensive study of September 11 and all the factors that went into it. Rather, my hope is that it will constitute a ‘word album’ that captures and preserves the raw, unpolished emotional and analytical responses that illustrate how I, and others, felt as we tried to grapple with September 11 and its aftermath.”

Readers have repeatedly said that Friedman has expressed the essence of their own feelings, helping them not only by explaining who “they” are, but also by reassuring us about who “we” are. More than any other journalist writing, Friedman gives voice to America’s awakening sense of a radically new world and our own complex place in it.

“This lucid book, consisting of Friedman’s exceptionally frank and convincing columns and an insightful post-September 11 diary, prods at the questions surrounding that day and offers an invaluable reporter’s perspective on the world from outside U.S. borders. The previously unpublished diary offers the most insight to the state of the world after September 11.” 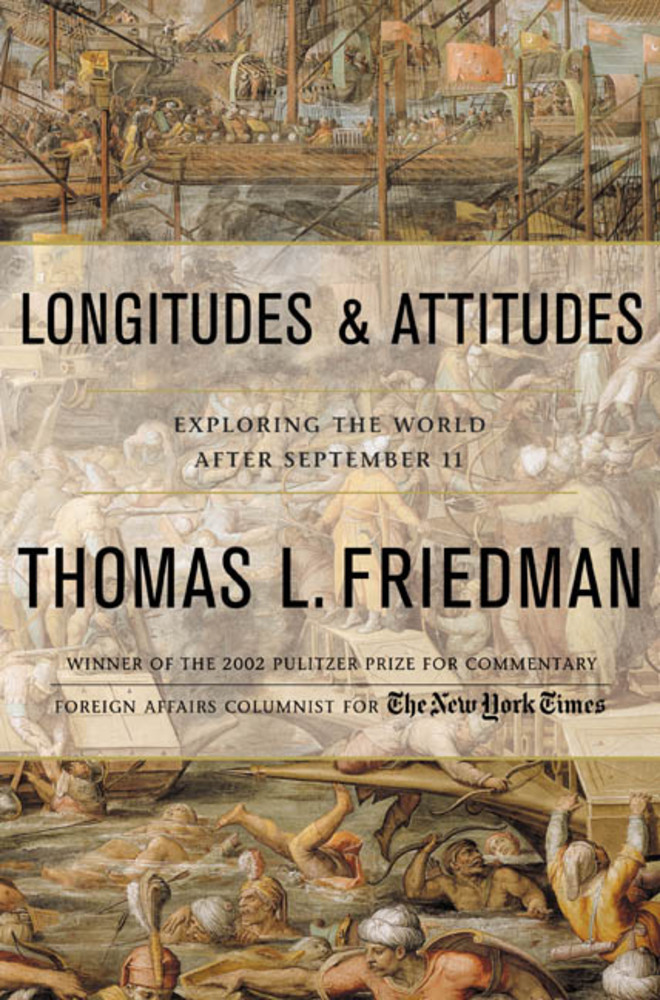